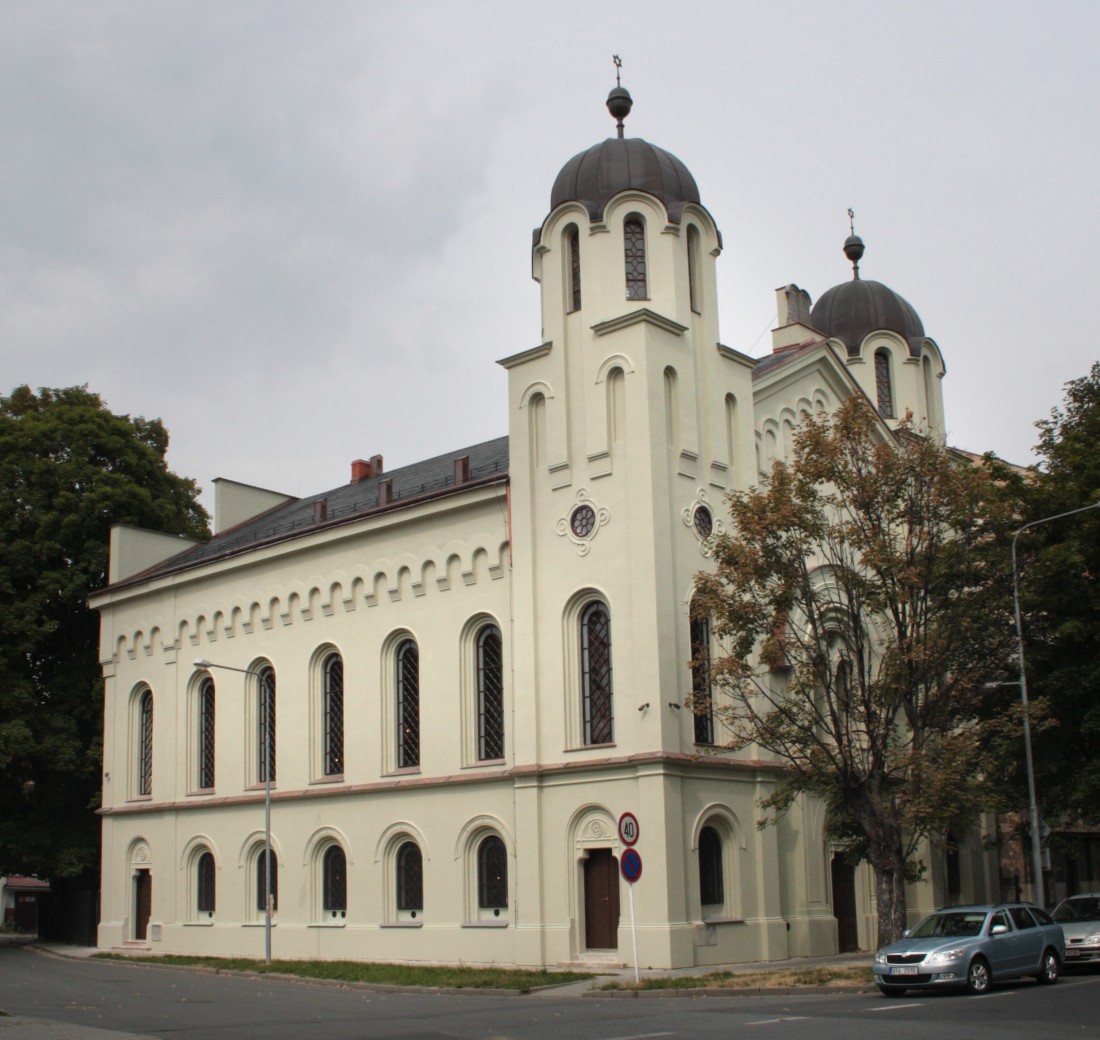 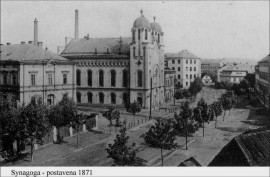 The synagogue was built in 1871 by a builder Ernest Latzel. A Jewish cemetery was established in 1873 and it is located in Opavská street.  The synagogue served  Jewish people from Krnov and surroundings for worshipping. Unfortunatelly, for this reason it served only till 1938 when Sudetenland was joined to Germany. All neighbouring synagogues were destroyed.  Also Krnov synagogue was to be destroyed. During the meeting at the town hall, it was to decided to set up a trap on Nazis. The ceremony hall at Jewish cemetery was burnt up. All Jewish symbols were removed from the synagogue and it turned into the market place. The synagogue remained preserved thanks to this act. Jewish people played an important part because most of them were very wealthy citizens, they owned factories, employed people and took care of  the town develepment. Amone the famous people belonged for example Alois Larisch – a draper, later an important company owner.

After the war, the building served as a warehouse and since 1960 it was the seat of State district archive. In 1994 the synagoue was given back to Jewish community in Olomouc.

The frame of the building represents a Byzantine basilica. The interiors are Spanish-Arabian, which rates the synagogue among very precious buildings. The synagogue is 24 m long, nearly 17 m wide and the height of the two towers is 22 m. There are three entrances. The main one is in Barvířská street. The others are from the southeastern tower and from the garden. The door in the eastern frontage in Soukenická street is just a decorative element, it has no function.

Stolpersteins – the Stones of the vanished 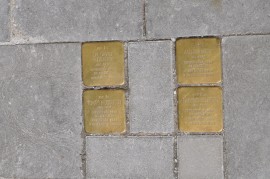 Stolpersteine is a paving cube of dimension 10 x 10 cm. On the cube, the name and the place of murder is written. The cube is placed in the pavement in front of the house, where the person murdered by Nazis last lived. The Stones of the vanished were laid in Krnov on July 19 2013 in four places: nearby the police department in Mikulášská street, at Hlavní square opposite the café, by the synagogue entrance and outside the boarding house of local secondary indrustrial school in Soukenická street.  The stones of the vanished were laid by the founder of Stolpersteins Gunter Demnig with help of other synagogue corporation members.

A part of synagogue revitalization was also an establishment of a permanent thematic expostion “Jewish industrialists, businessmen and inventors”, whose aim is to familiarize the visitors with part of Jewish communities in Bohemia, Moravia and Silesia in industry, trade and science development. The exhibition is to highlight the point that many of Jewish belonged among the founders of modern industry and many business branches in these areas and  municipalities. The exhibition also reminds the large number of scientists of a Jewish origin who lived here and who significantly contributed with their work and inventions  to the development of science and technology.