The Larisch villa was built between 1884-1885 in the Larischgasse Street ( present Dělnická 9 Street,local no. 129) by a designer and a builder Ernest Latzel, who was the designer of famous Krnov monuments such as Synagogue or a local Cvilin lookout.

Both a contracting authority and an investor of the project was Alois Larisch Junior, who was the son of the the first local factory owner Alois Larisch. The son, together with his father, built up and successfully ran a textile company (Karnola). This highly contributive achievement led to the fact that Krnov became an important textile centre in the second half of the 19th century.

In the 1950´s the building became a property of a state company Karnola, which took some reconstructing action and a magnificent villa turned into six appartments for its employees.  In 2007 the building was completely reconstructed into the present form of “Larisch Villa” guesthouse. 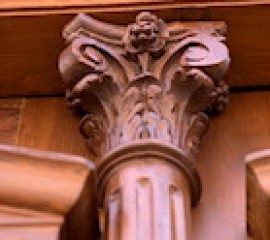 At the present time, the villa operates as a guesthouse.